According to a report by Mordor Intelligence, RCS is expected to reach a CAGR of 40.51% during the period 2019-2024. High market growth is expected to come from the APAC region. 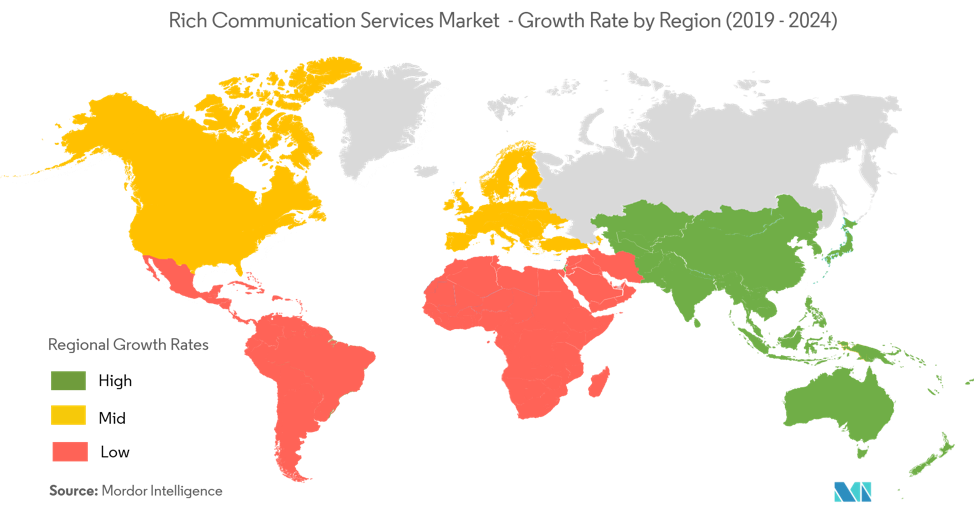 A 2019 report from Mobilesquared gives some highly positive insights into the RCS opportunity. Below are some highlights. You can download the full report from our Resources section. 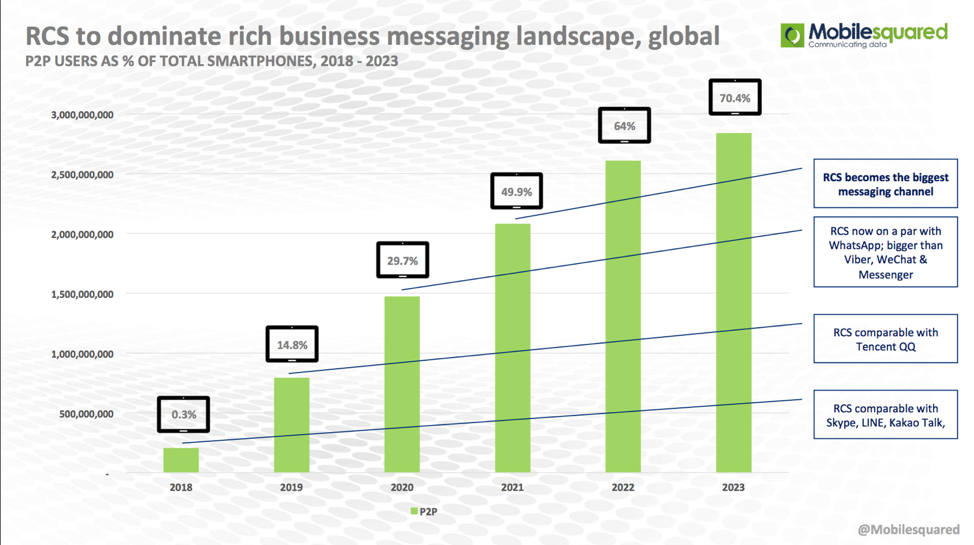 According to the GSMA, as of October 2019 there were 81 launched RCS networks, and 295 million global monthly active users. Another 27 operators are expected to launch RCS by Q1 2020.

Below is a list of operators that have launched RCS and the countries in which it is available:

The Universal Profile (UP)  has been evolving steadily since its initial introduction in late 2016. UP 2.0 in June 2017 saw the introduction of features for chatbots and RCS Business Messaging. The current version, UP 2.2, expanded on those features. The chart below from CBInsights shows the ecosystem players that support the UP. 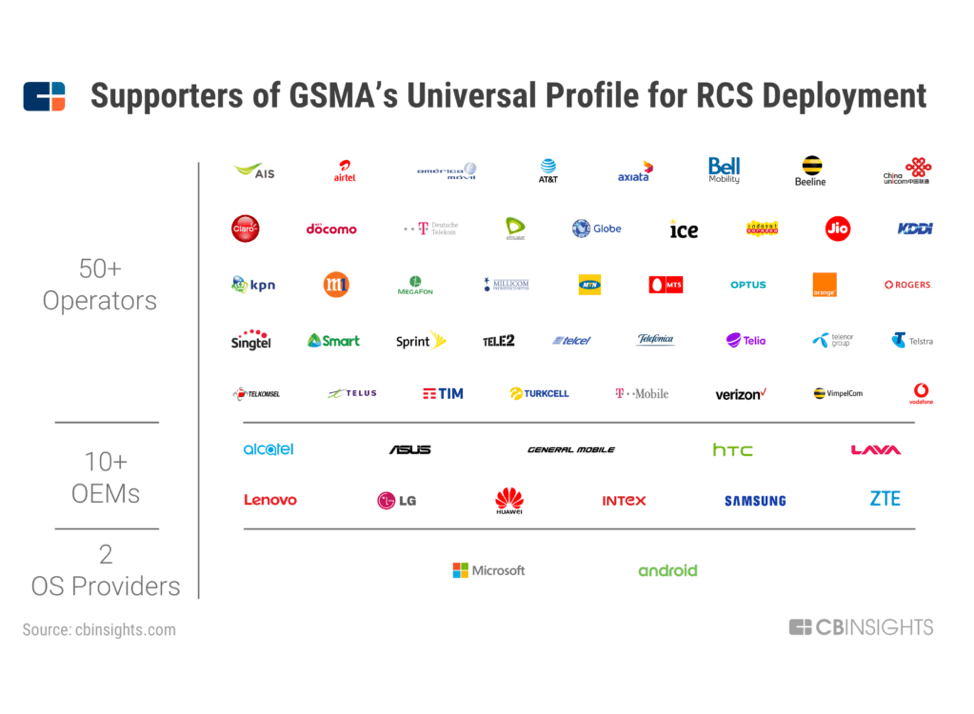 The Role of Google

One big boost for the UP standard was Google’s decision to support it; its Android Messages app supports the standard.

Google also bought the startup Jibe Mobile in 2015, which focuses on interoperability of advanced messaging across networks. Jibe Hub, a cloud-hosted platform, connects operator networks to the RCS backbone around the world, and Jibe Cloud is Google’s hosted RCS platform. The Jibe products are just two components of Google’s efforts to create a full technology stack that is UP compliant.

While carrier adoption is one route to expanding RCS’ footprint, in June 2019 Google decided to approach deployment from a different angle, beginning the rollout of a peer-to-peer version, starting in the U.K. and France, essentially employing the network to boost the number of RCS users. Users will experience this when they see a “Chat” prompt; if they click “Yes” it gives enables them for RCS. When an RCS user connects to another RCS user, they can continue their conversation in RCS, enabling its rich features.

The Status of Apple

It should be noted that Apple has not yet released their version of RCS. Apple is in discussions with the GSMA and operators about incorporating RCS in iOS, and at this point Apple is keeping their RCS plans close to their vest. How big a liability that is for RCS is a matter of perspective. As was stated above, iOS accounts for less than a quarter of mobile operating systems globally, and in the US July 2019, OS market share for iOS is 55% with Android close behind at 44% (Statcounter GlobalStats) and growing. North America as a whole is a 50/50 tie between the two, giving RCS significant penetration even in the biggest Apple market.

At this point, any brands that are active in SMS should be experimenting with RCS, because testing/piloting RCS is still relatively low-cost. A number of different aggregators, including Sinch, OpenMarket, 3Cinteractive, Samsung, and Mobivity are helping marketers develop on this new platform. Initial executions do not have to be complex to be effective, both in delivering enhanced services to consumers and in terms of what learnings they can deliver to brands, particularly because, as was said earlier, RCS’ tracking and metrics far surpass those of SMS.

For now, RCS is being priced by carriers on a per message basis, similar to SMS, with the per message cost going down as the scale of an initiative expands. But the pricing model could change. It’s easy to see, for instance, how RCS could be better priced on a per session basis since it involves more back and forth between customer and business.

A February 2018 survey by Sinch gives some insight into where the business model and pricing may go. Conducted among over a hundred enterprises, operators and messaging providers in Europe, Asia and North America, it found:

Clearly, this is an evolving ecosystem with many areas yet to be decided. Becoming part of the RCS ecosystem early gives brands the advantage of having a seat at the table in this important ongoing discussion.