Results reveal that Hispanic and African American audiences are very connected and mobile, extremely social while listening, and highly responsive to advertising

New York, August 15, 2012 –TargetSpot, the largest Digital Audio advertising network, today released the results of the industry’s first multicultural Digital Audio studies.  Conducted by Parks Associates, the reports unveil key insights about the Hispanic and African American audiences and their interaction with Internet Radio.  Highlights include the growing role of connected devices in facilitating listening, the increase in social interactions while listening, and extremely high advertising recall and response rates, well beyond the click.

African Americans and Hispanics Are Highly Connected and Mobile

Hispanic and African American Digital Audio consumption is significant and consistent with that of the general population. Nearly 80% of Hispanics listen to Internet Radio 1-3 hours per day, and this audience’s listening day is in keeping with that of the general population, spanning between 10a.m – 10 p.m.  The vast majority of African Americans also listen for 1-3 hours a day, but this audience’s peak listening occurs between 10 a.m. – 7 p.m.

African Americans and Hispanics are Both Highly-Engaged Audiences

The study reveals that both audiences often look at the player to see the name of a song or artist, are highly engaged with their content experience, changing stations on the same Internet Radio website and changing Internet Radio websites at least once per day, and do not keep their players minimized throughout their listening session, another telling indicator of engagement.

Similar to the general population, while more African American and Hispanic consumers listen to Digital Audio than ever before, they are not paying for this content.  In fact, 81% of African American Internet Radio listeners and 78% of Hispanic Internet Radio listeners do not pay a fee for access to premium Digital Audio services. This means the vast majority of listeners prefer free ad-supported services, and are choosing to receive ads.

“While we knew that Internet Radio was a highly desirable and effective vehicle for reaching the general population, our latest research showcases the exciting opportunities for marketers in leveraging Digital Audio to engage the Hispanic and African American audiences,” said Eyal Goldwerger, Chief Executive Officer of TargetSpot. “These key audiences frequently use connected devices, are highly engaged in social media, and exhibit very significant recall and response rates to advertising, further reinforcing Digital Audio as a critical campaign element and opportunity for marketers.” 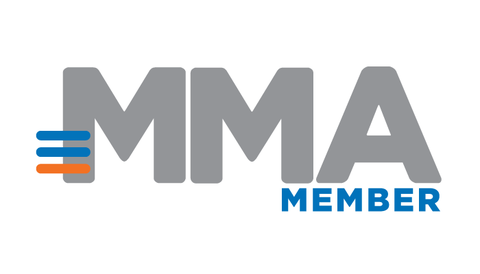