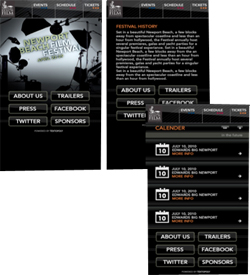 Call to action:
The Newport Beach Film Festival grew their mobile through Textopoly’s Multi-Point Acquisition strategy, a SMS keyword opt-in, a web opt-in widget found on the homepage of the Festivals website, and a Facebook opt-in application, which is a unique technology to Textopoly. Calls to action were also present in National print advertisements, including ads in the LA Times and the NY Times focusing on the mobile sweepstake campaign.

Tactics:
Create unique Facebook SMS opt-in and Community, CTA in advertising prior to the event, CTA during the events – on-screen and off-screen, Mobile Widget on Website, Sweepstakes for tickets to the festival and other festivals. Have SMS and organic searches lead to mobile site.

Results:
Through a mix of various opt-in methods, The Newport Beach Film Festival was able to see significant growth in their social media efforts and mobile club. Most importantly, they saw a tremendous number of unique and repeat views of their mobile site leading up and during the festival. The mobile site had no unique advertising leading to it, and all other views were organically created through mobile re-direction of existing flash websites to the mobile site. Additionally, the mobile site received a lengthy average page view time of over 1 minute 30 seconds. The mobile website became invaluable for people who wanted to find quick schedule and festival information on the go.

Surprise finding:
The amount of redirects from their regular site to their mobile site was very surprising. Textopoly knew that the numbers would be high, however, they exceeded expectations. Additionally, Newport Beach Film Festival saw 21% of their Facebook fans join the mobile club. Newport Beach Film Festival also ran multiple last minute deals which were filled or became sold-out within minutes of their SMS alert notification. This resulted in more people entering in their mobile fan club, and the delivery of original, unique, and relevant updates to existing users.

Quote from Newport Beach Film Festival Co-Founder & Marketing Director:
“I knew mobile was a great investment, and I knew that the creativity that Textopoly brought to the table would ensure the success of our mobile campaign. I was surprised to see the vast amount of responses from our fan base, especially without a lot of advertising. I am also thrilled to know that the conveniences of mobile helped fans retrieve information at a whim in order to enjoy the festival all the more and not worry about informational technicalities.” -Todd Quartararo, Co-Founder and Marketing Director of the Newport Beach Film Festival.

Strategy quote from brand executive above:
“Our goal was to reach everyone who appreciates a good film, young or old, a usual festival fan or not. We wanted to give our fans everything they needed in order to attend the festival while creating a bigger awareness about the festival; all this through modern methods, like mobile technology and social media interaction.” -Todd Quartararo

About Textopoly
Textopoly is an award winning digital agency that focuses on mobile & social engagements with customized, highly effective campaigns for brands and agencies through SMS, Mobile Internet, Mobile Advertising, Social Media Applications and Social Media Advertising. Founded in 2006, Textopoly has been a pioneering agency in the U.S. through projects with top tier brands and agencies. Textopoly integrates technology, creativity, and strategy to drive the effectiveness of the brand and their message. 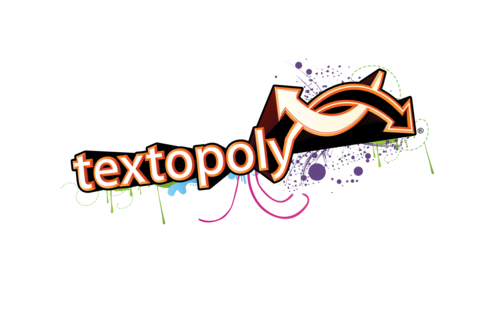 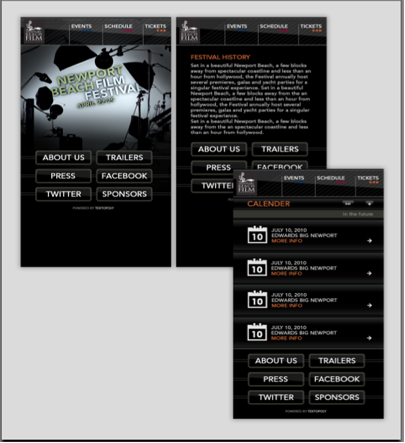