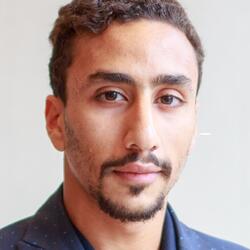 Yossuf Albanawi is the Cofounder of Pilleve, an integrated and secure pill bottle that helps care providers prevent opioid abuse and addiction. Yossuf cofounded pilleve after a personal struggle he once had with substance abuse at a young age. After overcoming it, he realized the importance of early intervention in preventing long term addiction. He previously worked at a rehab center while attending Wake Forest University, in North Carolina, where he was exposed to the detrimental effects of the opioid epidemic.

Yossuf is a Forbes 30 under 30 social entrepreneur, alongside his cofounder Gautam Chebrolu. He is a Halcyon Fellow, an ​incubator committed to solving 21​st​-century challenges throughout the nation and the world. He is also a member of BioBreak, an organization that brings together executives from Pharma, Biotech, and venture capital. He was also part of 500 startups, Batch 24, and worked out of their San Francisco office during the 4 month residency period. Yossuf graduated from Wake Forest University with high honors in communication & entrepreneurship before starting his venture. Yossuf is fluent in Arabic and English, and proficient in Spanish and Italian.

He currently resides in Washington, D.C