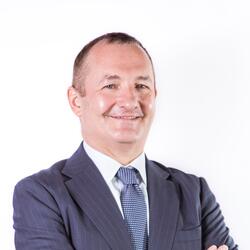 Warrick is the Managing Partner of Deals, Tax and Legal, and Chairman and CEO of KPMG in Vietnam and Cambodia.  He has been a Tax advisor in Vietnam for over 20 years, and is recognised as one of Vietnam’s leading tax professionals.  He began his tax advisory career upon graduation in 1992 and moved to Vietnam 1998.  He has extensive knowledge and experience in Vietnam of taxation advisory and compliance, tax dispute resolution, corporate governance and structuring issues, and has advised on numerous corporate transactions in Vietnam and Cambodia.

His clients include major international corporations operating in Vietnam from Europe, Asia and the United States, in the financial services, manufacturing, natural resources, technology and consumer goods industries.

Warrick is well known and respected by the corporate community in Vietnam, and has extensive experience working with the authorities at all levels of the Government.  He is a frequent commentator in the Vietnamese media on tax and business issues.

KPMG has been recognised for its contribution to the financial sector by Vietnam’s Ministry of Finance, and has been named the Vietnam Tax Firm of the Year, most recently for 2020, by the widely respected and independent International Tax Review.

Outside of KPMG, Mr Cleine is Chairman of the New Zealand Chamber of Commerce in Vietnam, Chairman of British Corporate Advisory Council in Vietnam, and Adjunct Industry Professor in the School of Business & Management, RMIT Vietnam University.