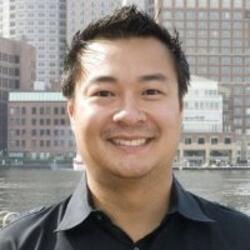 Victor leads the Hasbro Global Digital Marketing group responsible for digital marketing for all Hasbro brands such as Transformers, Monopoly, My Little Pony, Nerf, Playskool and others. In his role he drives all digital strategies and activations within the web, mobile, social and digital media.

Prior to, he was Senior Vice President of Marketing at Digitas and led the relationships for brands such as, Goodyear, Buick, GMC, Harley-Davidson, Pontiac, IHG, OnStar, Saturn and GM Branded Entertainment. In addition to CRM, digital strategy and promotions, he worked on key partnerships with NASCAR, Marvel, NFL, Bravo, The Apprentice, NCAA, Maxim, Sports Illustrated, Jimmy Kimmel Live, The Oprah Winfrey Show, MTV, Survivor, Transformers The Movie, The Jonas Bros, Glee and Live with Regis and Kelly which have won awards from The Pro Awards, The Reggies, The Effies, MIXX, MITX, and Cannes Lions.

Prior to Digitas, he was Vice President, Creative and Strategy, for Alloy Media and Marketing and Senior Publicist at Viacom parent, National Amusements. Victor is a Boston native and a graduate of Boston College.