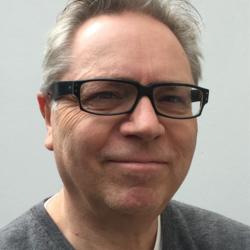 Steven Pollack
Head of Media Communications
Nestlé UK & I
Steve Pollack is the Head of media Communications for Nestlé UK&I. He manages a team of six people who act as a central resource for all 12 Nestlé divisions, the biggest ones being Confectionary (Kit Kat, Aero, Quality Street and many others), Beverages (Nescafé), Purina and Cereal Partners. Since joining Nestlé four years ago Steve has reshaped the team to embrace the digital landscape enabling the company to be at the forefront of Programmatic, Social, Mobile and all other aspects of online media. Prior to joining Nestlé, Steve had a brief stint running an international team at Ebiquity and prior to that he ran his own media consultancy for a couple of years, working with clients such as EMI, Merck and BMI hospitals. Steve spent the majority of his career agency-side, working in various UK and international roles for JWT UK, JWT Athens and Mindshare Worldwide.