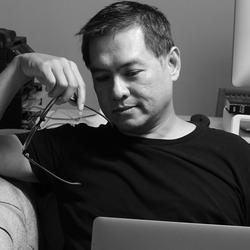 Steve Christian is an Indonesian-born serial entrepreneur.  In 2013, he co-founded KLN KapanLagi Network with Eka Wiharto which has since become the largest online media company in Indonesia based on reach as measured by Comscore.  Steve is also the founder of merdeka.com, an Indonesian news site which has experienced phenomenal growth becoming one of the top three most visited websites in the country within two years of launch. He currently acts as CEO and CO Founder of KLY KapanLagi Youniverse part or EMTEK Group and invests in various start-up companies located in both Indonesia and the United States.

In 1993, while still a student in college, Steve started his first business writing programs for local stores in the small town of Malang, East Java.  The business expanded rapidly and Steve soon made the decision to drop out of college to devote his full attention to his growing business.  After selling some PERL-based software scripts to a company based in Philadelphia, Pennsylvania in the United States, Steve realized that the future of technology was the Internet.  Since that time, he has built and sold nine companies focused primarily on online media and software development.  At the current time, Steve's various business interests employ more than 3,000 individuals.  With a passion for technology and helping others start new businesses, Steve remains committed to creating more jobs for Indonesia's technology industry.