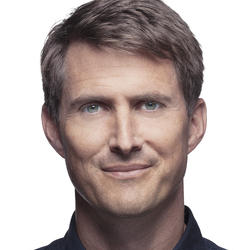 Simon Fleming-Wood serves as Chief Marketing Officer at Pandora.  In this role, Simon oversees the marketing, business development, and communications functions, as well as the Pandora One subscription business.

Prior to joining Pandora in 2011, Simon was the founding Vice President of Marketing at Pure Digital Technologies where he was responsible for the creation, development and introduction of the iconic Flip Video brand, which reinvented personal video and sold over 7 million cameras within three years.  After the purchase of Pure Digital Technologies by Cisco in 2009, Simon held the position of Vice President of Marketing for the Cisco Consumer Products group.  In that role, he oversaw the worldwide marketing organization for Cisco's consumer business, including the Linksys and Flip Video brands and led the development and execution of all integrated marketing efforts, including brand strategy, research, advertising and media, public relations, marketing partnerships, and ecommerce.  Previously, Simon held senior marketing positions at Sega.com, the Learning Company / Mattel and The Clorox Company.

Simon graduated with a BA in Political Science from Stanford University in 1991.  Simon grew up in Canada and enjoys spending time with his wife and his 13 and 15-year-old daughters.  Simon's Pandora lineup contains Canadian legends like Neil Young and the Tragically Hip.  When time allows, he can still be found on the hockey rink on Wednesday nights.