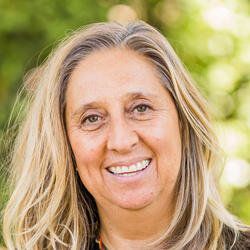 A proven leader, Sheryl Daija has developed and executed successful business, media and marketing strategies in the digital, technology and consumer products industries. In her role at the MMA she was focused on strategic programs that helped drive the industry forward and has had oversight on MMA’s global events.

Sheryl took a break from the media world and founded a non-profit organization called the Power of Peace focused on social activism around the world. The organization is still active and is currently committed to bringing clean water to the some of the worst parts of Ethiopia.

Prior to this she was SVP/General Manager of the Interactive Advertising Bureau, and was at the forefront of innovation and development across all platforms of the Interactive media industry. Under Sheryl’s leadership, the IAB developed and implemented strategic programs focused on building the interactive marketplace including research, education, standards and guidelines and operational processes. In this high visibility role, Sheryl was the spokesperson with both trade and business press, is a frequent speaker at events nationwide and has appeared on MSNBC’s Squawk Box.

Prior to joining the IAB, Sheryl was recruited by the Guggenheim Foundation. She joined to help build Guggenheim.com, a for-profit division, and led sales and marketing, created the global advertising campaign and was the spokesperson for all Guggenheim.com activities. As part of the site launch, Sheryl orchestrated the first international press conference atop the Peggy Guggenheim Museum in Italy during the Venice Biennale.

As Director of Marketing for AdForce, a CMGI Company, Sheryl was responsible for the worldwide strategic positioning and implementation of all marketing activities for AdForce. She helped launch AdForce Asia and managed the marketing communications around AdForce’s successful IPO.

Prior to joining CMGI, Sheryl was Director of Product Management for Kensington Technology Group. Responsible for a $30 million portability business unit, Sheryl increased the operating contribution of this division from break-even to 28%. She managed cross-functional teams globally and was responsible for products from conception to launch. Sheryl spearheaded the rebranding and integration of over 250 products, including product positioning, pricing, naming and merchandising, from a number of company acquisitions.

During 7 years in the cosmetics industry, Sheryl worked with Fred Hayman, Beverly Hills, launching his “With Love” fragrance line, led Cosmetech International in building brand identity around their newly acquired facilities in Asia and Paris and before that was responsible for package development and marketing for Epilady USA. Sheryl graduated from the University of Witwatersrand in Johannesburg, South Africa and lives in San Diego with her husband and son.