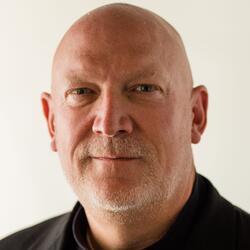 Mr. Howe joined the Company in 2011 as its Chief Executive Officer and President. Prior to joining the Company, he served as corporate vice president of Microsoft Advertising Business Group from 2007–2010. In this role, he managed a multi-billion-dollar business encompassing all emerging businesses related to online advertising, including search, display, ad networks, in-game, mobile, digital cable and a variety of enterprise software applications. Mr. Howe was employed from 1999–2007 as an executive and later as a corporate officer at aQuantive, Inc. where he managed three lines of business, including Avenue A | Razorfish (a leading Seattle-based global consultancy in digital marketing and technology), DRIVE Performance Media (now Microsoft Media Network), and Atlas International (an adserving technology now owned by Facebook). Earlier in his career, he was with The Boston Consulting Group and Kidder, Peabody & Company, Inc. He previously served on the boards of Blue Nile, Inc., a leading online retailer of diamonds and fine jewelry, and the Internet Advertising Bureau (IAB). He is a magna cum laude graduate of Princeton University, where he earned a degree in economics, and he holds an MBA from Harvard University.