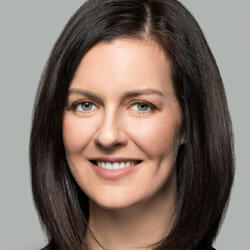 Prior, she served as the Vice President of Facebook’s Global Business Marketing team from 2014 through 2017, responsible for providing their customers with innovative and effective marketing solutions for their businesses. Ms. Personette also built and led Facebook’s Global Agency Team.

In addition, she was the US President of Universal McCann Worldwide, Inc. and Senior Vice President at Starcom Mediavest Group.

Ms. Personette received the 2016 Next Generation of Women in Communications from NYWICI and was inducted into the American Advertising Federation’s Advertising Hall of Achievement in 2015. In 2014, she was named one of Advertising Age magazine’s top “40 Under 40” marketing stars.

She resides in New Jersey, holds a degree from Northwestern University, and is a proud wife and mother of two.