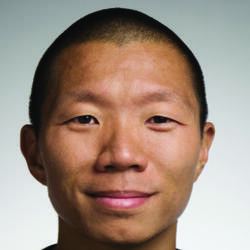 As EVP, Global Executive Creative Director, Mobile & Social Platforms, Richard focuses on creating integrated digital platform experiences across the web, mobile, and social media. In his more than 10 years with R/GA, Richard has worked to deepen relationships between consumers and clients, including Nike, Verizon Wireless, Nokia, J&J, MasterCard, and Walmart. In the past year, Richard has spearheaded the R/GA work that won Digiday’s 2011 Social Media Agency of the Year award and OMMA’s 2011 Mobile Agency of the Year award.

Richard has received nearly every major industry award, including the Cannes Titanium Lion, the Grand Clio, the International ANDY Awards GRANDY, and the D&AD Black Pencil, plus multiple MMA trophies. Richard is a sought-after thought leader in the mobile and social platforms industry and has served as the 2011 interactive jury president of the International Clio Awards and juror for the London International Awards, The Effies, and The Webby Awards. He has also spoken at numerous conferences including SXSWi, Advertising Week, The One Club, the Mobile Marketing Forum, and Nokia World. In the past year, Richard has published articles in Advertising Age,Adweek, Digiday, Luxury Daily, and Mobile Marketer.

An avid follower of emerging digital trends, Richard helps to drive R/GA’s futurevision™ program and currently serves as an executive member of the International Academy of Digital Arts and Sciences and sits on the Google Social Leadership Council. He has strong ties in the academic world and previously taught “Designing the Future of TV” at NYU’s Interactive Telecommunications Program. Richard also has been a guest lecturer at Brown University, Parsons School of Design, Miami Ad School, and Howard University.

In 2010, Adweek rated Richard as a top 25 ad voice on Twitter. You can learn more about his sneaker collection and other interests on his blog, www.flytip.com, and on Twitter @flytip.