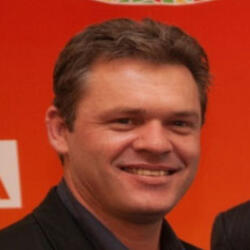 Raymond is the co-founder and CEO of Silverstone Solutions - a Mobile Marketing and Solutions Group established in 1996.

He’s also a founding member of the South African Council of the Mobile Marketing Association in 2008 and since 2010 co-Chair, Chairman and now Chairman Emeritus of the MMA South Africa. He was recently elected as the first African to the MMA EMEA Board.

He has a degree in B.Com Informatics from UJ, and is an expert on the role of mobile as part of large scale marketing, CRM and brand community engagement strategies. Silverstone has a track record for delivering award winning integrated mobile marketing and CRM solutions:

• In 2005 Silverstone won the 1st Gold Loerie for an online software project, developing an online music mixer for Jack Daniel's in the US;

• SilverstoneCIS was recognised as a Top 5 Finalist in the international Echo Awards 2009 for Business and Consumer Services Direct Marketing.

• In 2010 SilverstoneCIS worked with the South African Government to provide the first unified mobile communications platform serving all Government Departments in the promotion of their content and initiatives around the 2010 FIFA Soccer World Cup. This initiative was awarded the MMA Global and EMEA Award for best of mobile in cross media integration.

Some of their noteworthy clients include Nokia SEA, T-Systems, GCIS, Vodacom, Airtel Africa, Archer Mobile, The Creative Council, Autozone and many more brands and advertisers