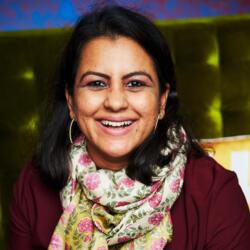 Preetha Athrey heads Marketing at Twitter India - a role she’s been driving for over a year now. With over 17 years of experience, Preetha has worked with a diverse set of organisations across telecom, media & automobile sectors. Her last stint before Twitter was with, India Today. She has also worked with Time Warner, Bennet Coleman, Airtel and Apollo Tyres Limited.

In her current role, Preetha works towards amplifying Twitter’s messaging and offerings for all its stakeholders - whether it’s consumers or partners. Her work involves all branding and marketing initiatives for the India market, including partnerships with several stakeholders across categories. At Twitter, she has led initiatives such as #BestOfTweets and #ConversationStarters.