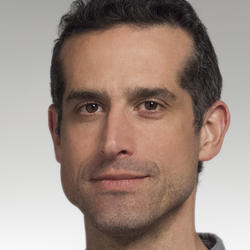 As R/GA’s Chief Technology Officer, Nick Coronges leads technology capabilities across the agency’s global network. In this connected age, Technology is a critical element of R/GA’s work with clients, infused into consulting and business transformation strategy, product and service development, and communications and campaigns. Nick oversees a global staff of developers and technologists, and works closely with clients such as Samsung, Nike, Beats by Dre, and Google as well as early stage and emerging startups to anticipate and strategically integrate advances in technology.

In his nearly 10 years at R/GA, Nick was deeply involved in the Nike and R/GA partnership that resulted in many breakthrough products such as NIKEiD, and the Nike+ platform. Nick co-founded the R/GA Internet of Things Accelerator programs and built the Technology capability for R/GA in Europe.

Nick’s work has been recognized by the industry with many of its most esteemed awards including the Cannes Integrated Titanium, D&AD, International Andy Gold, One Show awards, and Adweek’s Campaign of the Decade.