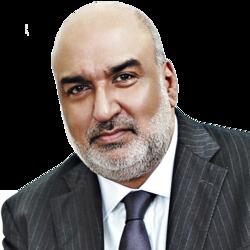 A marketing and media veteran of nearly four decades, Mr. Chopra brings with him a rich repertoire of experience in financial & general management, process management as well as navigating the corporate legal environment. He is particularly proficient in hands-on problem solving, adept in leading businesses and is a trusted advisor to captains of the industry.

Mr. Chopra has held many leadership positions over the past two decades, principal amongst them has been as the CEO, India & South Asia, Publicis Worldwide, from 2004-17, which saw him establish Publicis in India and grow the agency to be amongst the front runners in the country. Prior to that he served as EVP, Trikaya Grey Advertising (1989-1995).

Mr. Chopra has held the prestigious position of the President, Advertising Agencies Association of India (AAAI) from Aug 2016 – July 2018.

As a stakeholder from AAAI, Mr. Chopra joined the Board of BARC India in 2016 and served as its Chairman from December 2017 to January 2019. In January 2020, he was appointed a member of its Oversight Committee.