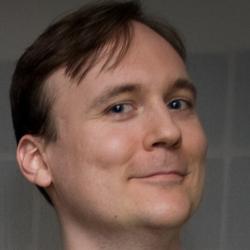 ​Michael Tiffany is the co-founder and CEO of White Ops, a security company founded in 2013 to break the profit models of cybercriminals. By making botnet schemes like ad fraud unprofitable, White Ops disrupts the criminal incentive to break into millions of computers. Previously, Tiffany was the co-founder of Mission Assurance Corporation, a pioneer in space-based computing that is now a part of Recursion Ventures. He is a Technical Fellow -- a lifetime appointment -- of Critical Assets Labs, a DARPA-funded cyber-security research lab. He is also a Subject Matter Advisor for the Signal Media Project, a nonprofit promoting the accurate portrayal of science, technology and history in popular media.