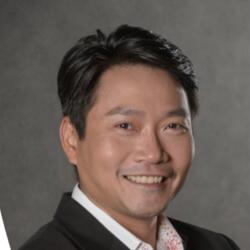 Based in Vietnam, Melvin’s role is to analyze the local market insight and opportunity to build thestrategies for our clients. Melvin has more than 20 years work experience inadvertising industry. His career began with Asia Pacific Breweries Limited (APB) and spent the next 9 years managing APB’s flagship beer brand, Tiger Beer, which became South East Asia’s #1 Beer Brand. He was working for the global organizations such as Havas Media Group on international and national accounts such as Abbott, Heineken, Chang beer, Emirates, Vietnam Airlines, NTUC FairPrice, CapitaLand, Singtel,.. He was credited with growing the agency from 40 staff to 150 in 4 years, whilst quadrupling profits for the agency during the same period. He subsequently progressed to take on a regional role as Chief Commercial Officer for the agency in the APAC region building business for the group across 18 countries.