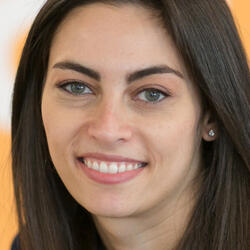 Marina brings more than ten years of experience in digital advertising to Factual and has had a focus on growing teams and scaling businesses. Prior to joining Factual in 2017, Marina was Regional Vice President of Sales at Taykey, a real-time data company that was recently acquired by Innovid. At Taykey she managed the East Coast sales team and helped scale revenue from $0 to $20M. Earlier in her career, Marina oversaw the entertainment advertising division at the New York Post where she partnered with major movie studios and TV networks including Paramount, Sony Pictures, CW, NBCU, and more.

Marina holds a BA in Economics and Communication Studies from Rutgers University.