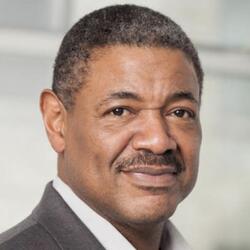 Louis Jones is a Media & Marketing Consultant whose career has spanned three decades.  Filled with passion, Louis has pushed for strategic impact, innovation and success through growth.  Jones was most recently EVP, Media & Data at the 4A’s (American Association of Advertising Agencies).  In that role, Jones focused on how to to amplify its members’ collective voice with various partners and suppliers. He oversaw 4A’s media committees/ task forces, and served as liaison with industry associations to lead efforts that address
industry-wide issues like brand safety, cross-media measurement and new technologies, like distributed ledgers.

Prior to joining the 4A's Team, Louis had consulted for the Mobile Marketing Association (MMA), helping them create mobile education modules to help advertisers to continue to invest in the mobile channels.

Previously, Louis was charged with creating the integrated media agency of the future, when he joined Maxus/GroupM in the fall of 2009 to lead a new data focused agency model that put digital at the center of communications planning. In his five years at Maxus, Louis grew Maxus into a top 10 Media Agency with 6 offices and over 400 staffers. This growth earned Maxus Adweek's Agency of the Year honor in 2012.

In his years at Havas, Jones was responsible for Havas Digital’s global services, including product development across the various digital agency networks - digital, direct response, mobile, systems integration, and creativity. Much of time in this role was spent working from Paris and Madrid in order to be closer to the Network’s European and APAC operations. Prior to this, Louis led three years of double-digit growth for Media Contacts’ US operations as EVP, Managing Director USA. Louis had been a part of the Havas Media family since May 2001.

Before joining MPG in 2001, Louis was Executive Director of Organic Online in San Francisco where he led all online marketing activities for Organic’s West Coast client through the height of the dotcom boom. Louis also served as Managing Director of Diamond Media (dedicated Clorox media unit). His first ten years in advertising were spent at J. Walter Thompson in New York, where he rose to Deputy Media Director before heading to the West Coast.