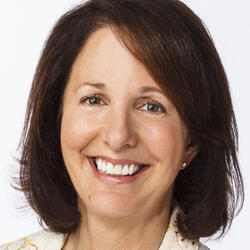 Kristi Argyilan joined Target as Senior Vice President of Media and Guest Engagement in July 2014. In her current role, Kristi is responsible for leading and integrating Target’s paid, earned, owned and shared media initiatives. Since her arrival, her team has spearheaded several key campaigns, including Target Holiday, Target Style and the Grammy’s as well as expansion of all digital capabilities including Target’s private digital media marketplace, The Bullseye Marketplace, and Target digital media exchange, Target Guest Axis.

Prior to Target, Argyilan led Mediabrands Automated Marketplace Development as President of MAGNA Global North America and expanded it to include trading desks, advanced analytics, technology in complement to custom content, and strategy. In 2014, Argyilan was named by AD AGE as a Woman to Watch.

From 2007 to 2011, Argyilan held EVP, Global Manager Partner and Chief Transformation Officer positions with Universal McCann (UM), a global media agency, and in 2011, Argyilan was named one of The Internationalist’s Agency Innovators, an award that honors those who demonstrate a deep understanding of international strategy and provide innovative solutions that connect brands with consumers for her work on Microsoft Global.

Before joining UM, Argyilan served as EVP, Creative Channel Planning for Arnold in Boston. And before that, she was Associate Partner, Media Director for Goodby, Silverstein & Partners. She has worked with other national and international clients as well, including Nike, Porsche, HP, Progressive Insurance, Fidelity and Starbucks.

Argyilan received a Bachelor of Arts degree in Music: Voice from Northern Illinois University. She worked with the Dean of Music to create a couture degree in Arts Management that included roles in the Chicago area arts scene. She currently resides in Independence, MN and is a very active equestrian.