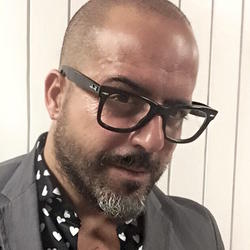 FOUNDER, EDUCATOR & CREATIVE STANDOUT FROM LATAM.
I HELP TOP COMPANIES AROUND THE WORLD TO PUSH THE BOUNDARIES OF TECHNOLOGY, FOR BUILDING BRAND LOVE.
Ignacio's career began over 18 years ago at JWT and since then, he has won top accolades at the world's most prestigious award programs from Cannes to Clio, D&AD, One Show & more.
In 2013 Adlatina (content partner of Ad Age), the most influential ad editorial in Latin America, recognized him as one of the Creative Standouts of the region.
Prior to being at the top of his game as Head of Creative at The Zoo, the group of Digital Creative Specialists and Coders within Google (where he won Zoo's first ever Gold Lion), Ignacio was Creative Agency Director at Google, VP at FCB Worldwide, founded Kingdom, ECD at JWT, and CD at Grey and Del Campo Saatchi & Saatchi, Latam's leading creative agency.
There he was held responsible of the regional creativity for P&G and in 2006 he won P&G’s first Gold Lion and in addition he garnered top honors at all the major award shows.
He was also Founder of Underground Mexico, School of Creatives. 3 times, creative talents brought up by Ignacio in Argentina and Mexico, have stood out as Young Creatives at Cannes Lions.