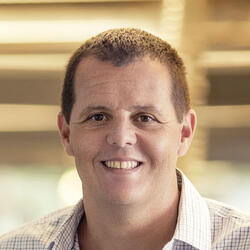 A technology enthusiast and entrepreneur since his teenage days, Guilherme Gomide founded his first computer graphics company in 1991, while still in college. In 1995, he launched a multimedia production company called Midia Digital, which evolved to a digital agency model in the early 2000s. Since then, he has invested in several startup digital ventures. He pioneered in search engine marketing in Latin America, turning his digital agency into a local reference, and invested in user experience and digital production disciplines in the early days of the Internet. In 2008 he founded a second agency, i-Cherry, specializing in search marketing. Both agencies now employ nearly 300 people, and in May 2010 they were acquired by J. Walter Thompson Company. In June 2011, the agencies rebranded to Agência CASA - servicing clients from many countries out of São Paulo and Curitiba. In January 2015, eleven regional agencies, each part of the J. Walter Thompson Company came together, and a new global agency called Mirum was born. Since then Guilherme Gomide has become the CEO of Latin America – Mirum.