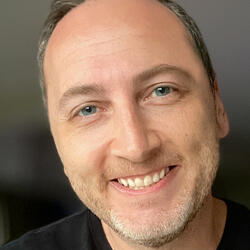 With over 15 years’ experience as a Producer, Director, Editor and Creative, Gary has worked with some of the most well-known brands, influencers, athletes, actors and executives in the world, garnering awards throughout his career and in his current role as Director of Production at Revolution Digital.

He began his work in the TV/film industry as an intern in MTV Networks’ Talent and Music Department, where he was mentored by top executives and producers, later working on hits like Storytellers, Divas, Behind the Music and Where Are They Now. It was there that he realized his passion for producing and continued to pursue it as a career. Before long, he was producing major label music videos and commercials at NYC’s Fivelion Productions, before cementing his reputation as a powerhouse Branded Content Producer for Samsung Mobile’s Across the Hall, a branded short film and festival hit starring Adrian Grenier. In 2009, Gary helped develop and executive produce the title’s feature film, starring the late Brittany Murphy, at Universal Studios.

Gary has worked for some of the most prominent production companies, networks and ad agencies, including but not limited to Digitas, Endeavor (WME/IMG) and NBC. He has produced digital, experiential and broadcast campaigns for brands including Advil, Stella Artois, American Express, Evian, Dannon, KPMG, Preparation H, The Today Show, and more. He is thrilled to be a part of this year’s SMARTIES judging panel in such renowned company.