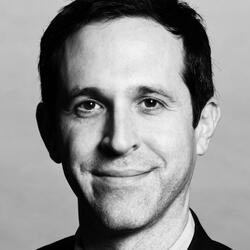 Evan Schwartz
COO
Light Reaction
Evan Schwartz is the COO of Light Reaction, the programmatic performance business launched out of Xaxis. Evan came to Xaxis through the acquisition of ActionX where he was CEO and founder. Prior to ActionX, Evan was the CEO and co-founder of Thumbplay (now iHeartRadio) where he acquired more than 5 million mobile customers for the mobile entertainment service and sold the business to Clear Channel in 2011. Evan was SVP of Online for Columbia House and part of the start-up team at the pioneering ecommerce site CDnow (sold to BMG). Evan graduated from the University of Pennsylvania. He lives in Brooklyn with his wife and two children.