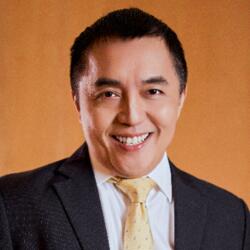 Douglas Kuo is undertaking the executive role as General Manager of Abbott in Viet Nam.

Prior to assuming his current position, he worked in the United States and has more than 25 years of working experiences in many Asian countries. With a strong operating record and a vision for strategic success, he successfully led entrepreneurial launch of several companies, scaling-up growth in fast growing companies and managing growth as the head of large organizations. In 2017, he was awarded with Health Minister’s Medal Memorabilia for his more than 20-year contribution in healthcare sector.

Douglas is an inspiring and a visionary leader. He has a strong passion for talent development and has a long award-winning track record with numerous marketing awards, sales achievement awards, and fastest growing awards.

Douglas holds a Bachelor of Science in Business Administration from University of California, Berkeley.