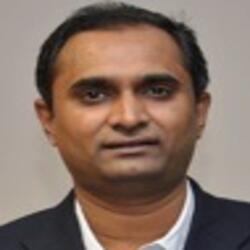 Debraj has over 21 years of experience in media investment management, media sales and mobile marketing. He started his career in Ogilvy and Mather and later shifted to GroupM. He has managed media investments of large blue chip businesses like IBM, P&G, Unilever, VW, Dell, the Star TV Group, Asian Paints, Cadbury’s, Hero Honda, Dabur, Perfetti etc. during his years with Ogilvy and GroupM. He has worked across operating companies in GroupM – MindShare, Maxus and now MediaCom. In 2007 he set up and led the Mobile Marketing and Direct to Consumer SBUs in OnMobile. He was part of the Management Council and was charged with developing and deploying a suite a products across countries.

He is an Electronics and Telecom Engineer and a PGDM from Indian Institute of Management, Calcutta.

He lives with his wife, Deepashri, and 15 year old daughter, Suchismita, in New Delhi.