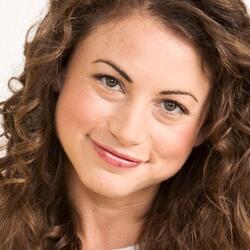 Debbie Sterling is the Founder and CEO of GoldieBlox, the award-winning children’s multimedia company known for disrupting the pink aisle in toy stores globally and challenging gender stereotypes with the world’s first girl engineer character.

Debbie is an engineer, entrepreneur, spokesperson and one of the leaders in the movement toward getting girls interested in STEM (Science, Technology, Engineering and Math). She was named TIME’s "Person of the Moment,” honored by the National Retail Foundation as one of 25 “People Shaping Retail’s Future,” and was added to Fortune Magazine’s prestigious “40 Under 40” list. In 2015, Debbie was inducted as a Presidential Ambassador for Global Entrepreneurship under the Obama administration and honored by the National Women’s History Museum with a “Living Legacy” Award for her work to empower girls around the world. Debbie received her degree in Engineering at Stanford University in 2005.