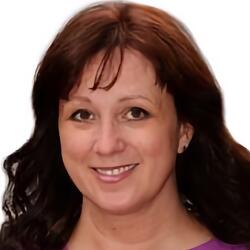 Chris Rupp is EVP & Chief Customer & Digital Officer at Albertsons Companies. Chris joined Albertsons Cos. from Microsoft Corporation, where she most recently served as General Manager of the company’s Xbox Business Engineering team.

Albertsons Cos. is the nation’s second largest grocer and home to a growing e-commerce business. Chris is responsible for integrating and enhancing customers’ experiences across all digital touchpoints and deepening customer relationships through loyalty programs. She also steers the company’s enterprise data strategy and data science capabilities.

Chris has a mix of retail, ecommerce, and business innovation from nearly 30 years of transformational work in consumer-oriented roles. She started her retail career at May Company and soon after joined Sears, where she spent nearly ten years in operations and merchandising. In 2005, she joined Amazon.com, managing the consumer-centric categories of wireless phones, computers, and office electronics before being named Vice President and GM, Fulfillment by Amazon Services in 2009.

In 2014, Chris was named Vice President of Prime, where she was instrumental in developing the platform’s marketing, policies, and member benefits across several countries. She also was part of the team that created and launched the first Prime Day in July 2015, which has evolved into one of the largest shopping days in the world. Chris left Amazon.com in 2016 for Microsoft, where she took on the role of General Manager, Microsoft, Windows, and Xbox Digital Store Marketing, eventually being promoted to her most recent role in April 2018.