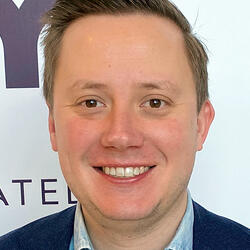 In his role as Global Chief Digital Officer, Chris’ team steward the Wella Company’s efforts to accelerate its digital growth drivers and to transform it into a digital & data powerhouse in beauty. Mr. Chesebro joined the business at the beginning of 2019 after a decade at L’Oréal where he served in both global and local roles, and where he developed a deep passion for the beauty industry.

Mr. Chesebro is an American who graduated from Drew University in Madison, New Jersey, and is based in Paris, France with his wife Kelly and their dog, Noodle. He is deeply passionate about cycling and wine.

Mr. Chesebro started working in his late teens as an employee of a family-owned business, selling and repairing bicycles in a community store. This experience, coupled with time in visual merchandising for Brooks Brothers, kickstarted his knowledge of customer at the center strategies and respect for SMEs/Bs.

Most recently, Mr. Chesebro was the global VP of Digital for the L’Oréal Paris brand at the L’Oréal Group, where he was responsible for the brand’s digital & ecommerce acceleration. Prior to that he held a number of roles within the L’Oréal group globally and in the daily operations of the company’s Americas business. Before L’Oréal, he worked for the media agency OMD, part of the Omnicom Group, where he supported clients such as ABSOLUT, American Century Investments, Lowe’s Home Improvements, and New York State Lottery.

I believe that the success of the people around me and supporting me is key to my, and our business’, success.