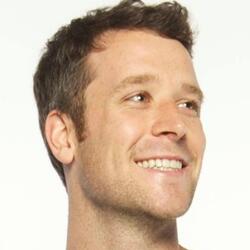 Charlie Maas started his marketing career as a broadcast producer at Leo Burnett and Saatchi and Saatchi. In 2013, he was hired to build out an internal ad agency for growing US liquor brand RumChata. Charlie directed the strategy and creative for national ad campaigns that helped sales increase by 140% from 2013 – 2016.

After early exponential brand growth slowed, Charlie was elevated to Chief Marketing Officer and charged with re-energizing the brand in 2018. That same year, RumChata became a Corporate Sponsor of the Ehrenberg Bass Institute. Throughout the next two years, Charlie adapted many of the Institute’s best practices while redesigning RumChata’s media strategy, brand portfolio offerings, packaging, and creative. In 2020, RumChata launched two new flavor variants and re-branded an existing product under the RumChata name. Brand family sales increased by over 30%, while capturing significant category share.