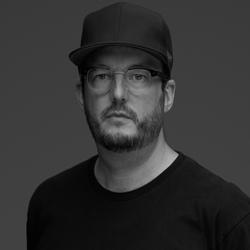 As VP, Executive Creative Director, Ben Williams is the creative lead of the Product and Service discipline at R/GA New York. Working with a team of creative directors, visual & experience designers, experience strategists and writers, Ben is overseeing the group's creative output and building a culture of innovation that delivers world class concept development, design, and execution. During his time at R/GA, he has played a vital role for a number of key Nike and Jordan projects, leading projects such as A/R Jordan, Apple Watch Nike+, Nike+ Running, Nike+ Member Services, and Nike+ FuelBand.

With over 20 years of experience, Ben has worked as a creative lead at AKQA and Publicis in New York, spent time at agencies both large and small in his native Australia, and founded his own highly regarded studio. During that time, he's collaborated with brands from Citibank, Smirnoff, Sprite, and Calvin Klein, to Ford, Toyota, Subaru, Kraft, Yellow Pages, Quiksilver, and Sneaker Freaker Magazine. Ben’s work has been recognized at Cannes, The Clios, The One Show, and The Webbys, and has appeared in a number of global publications.