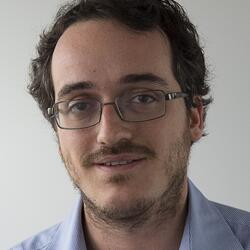 Antonio Tomarchio is the founder and CEO of Cuebiq, a leading mobility intelligence and consumer insights company. Antonio is an impressive entrepreneur who founded his first company, Ecom, at 19 years old. He went on to found PreCYdent and then AdRight. As co-founder and CEO of AdRight, Antonio led the company to a successful acquisition by Dada in 2009. He then became Dada’s Head of Product and R&D, overseeing global strategy and product development. This experience directly prepared him to found Beintoo, a mobile user acquisition, and retention company. In his 6 years as Beintoo’s CEO, Antonio oversaw the rapid expansion of the company’s mobile marketing and location intelligence operations, which ultimately led to the creation of Cuebiq in February of 2016. Antonio holds an M.S. in Mathematical Engineering from Polytechnic University of Milan and a double degree in Engineering Science from the Ecole Centrale de Paris.