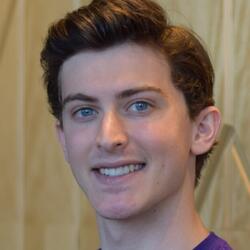 Andrew Glantz is the Founder and CEO of GiftAMeal, a mobile app that promotes restaurants while giving back to the community. Each time a user takes a photo on the GiftAMeal app, a meal is provided to someone in need locally. So far, over 160 restaurants have joined GiftAMeal and over 300,000 meals have been provided. In addition to GiftAMeal, Glantz serves on the Washington University in St. Louis Alumni Board of Governors and guest lectures at the university on the topics such as marketing, negotiations, and entrepreneurship. ​