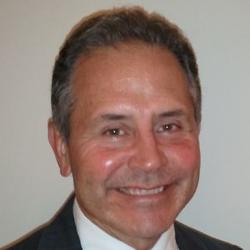 Mr. Saralegui is a media veteran who has held leadership positions at various media and sports companies.  He began his career in publishing in 1980 for Cosmopolitan en Español and a year later created the Hispanic Magazine Network for Editorial America which doubled the U.S. revenues for the company.  He then joined Time Inc. in 1983  working for Sports Illustrated where over the next 14 years he served in a variety of increasingly senior positions for that publication, including head of finance, marketing director, publisher (advertising sales and marketing director) and lastly, as the magazine's general manager. During his time there, he worked on the launches of CNN/SI.com, Golf Plus, SI Presents and the production of various Sports Illustrated television specials. He also negotiated all Olympic sponsorships for the company and founded the Sports Illustrated Daily, a highly profitable daily magazine distributed at the Atlanta Olympics.

Mr. Saralegui joined People Weekly (another Time Inc. publication) in the fall of 1997 as Vice President. In that position, he oversaw the launch of People en Español, the monthly Spanish-language sister publication of People Weekly. He also helped launch People Profiles, a television series that was part of CNN's Newsstand program. In 1998, he was promoted to Group Publisher, where his responsibilities also included the oversight of Teen People, the publishing group's successful teen spin-off.

He left Time Inc. in 1999, when he became Chief Operating Officer and later President and Chief Executive Officer of Quokka, a leading online provider of sports entertainment.  Mr. Saralegui built the Quokka sales and marketing staff which grew revenues from $13MM in 1998 to $48MM in 2000.   He oversaw management of the live programming for sports from CART to the Volvo Ocean Race.  Mr. Saralegui also led Quokka’s efforts with NBC covering the Sydney Olympics.   He later expanded the Company’s coverage to include the NCAA March Madness tournament and PGA golf, in conjunction with NBC, through the acquisition of Golf.com.

Mr. Saralegui joined Latina Media Ventures in June 2001 as a member of the company's Board of Directors. In this post, he took an active role in developing strategic initiatives, brand development and advertising for Latina magazine, the nation's leading bilingual publication for Hispanic women. In the fall of 2001, he was named the company's Vice Chairman.   During Mr. Saralegui’s five years on the board Latina Media Ventures, LLC doubled its rate base and grew its revenues 250% outpacing all of its competition.

Mr. Saralegui has continued working with companies and organizations in senior roles in an advisory capacity and managing early stage ventures.  Today his clients include the National Football League where he advises the League primarily on media matters with a focus on the U.S. Hispanic consumer.  Mr. Saralegui continues to pursue investment and entrepreneurial activities including his latest early development venture DANGERTV.

Born in Havana, Cuba, Saralegui attended Dartmouth College where he received a BA degree in history and economics. He later received his MBA from Columbia University in New York City.

Mr. Saralegui resides in Westchester NY where he and his wife, Lisa, are raising their three children in the same community where they were raised.