The Kleek is a mobile music service specifically designed and built for Africa and offers music lovers a catalogue of artists, tracks, genre and celebrity playlists, exclusive album previews, artist diaries, charts and other content. Universal Music Group has partnered with Samsung Electronics Africa, who will be the exclusive smartphone partner for the Kleek for the first two years.

IMImobile developed the Kleek app, which has been especially optimised for Samsung smartphones. Powered by the DaVinci Evolved Service Platform, the application delivers a tailored music experience and includes both local and international music content that will allow artists to reach a wider pan-African audience.

“With the Kleek, we are not just delivering the best local and international music, we are providing all of Africa with a unique and bespoke experience,” explained Randall Abrahams, Managing Director, Universal Music South Africa and Sub-Saharan Africa. “The service will also help us focus on developing future stars from across the continent,” Abrahams added.

“We are pleased that Universal Music Group chose IMImobile to develop the Kleek proposition. Our robust and scalable technology, as well as proven experience in delivering solutions in Africa, provide a platform from which we believe we can deliver the best experience to music fans in Africa,” said Jay Patel, Chief Executive Officer, IMImobile.

The Kleek was officially launched on Wednesday, 13th March at the Samsung Africa Forum in Cape Town, accompanied by a live performance from acclaimed singer-songwriter Zahara. 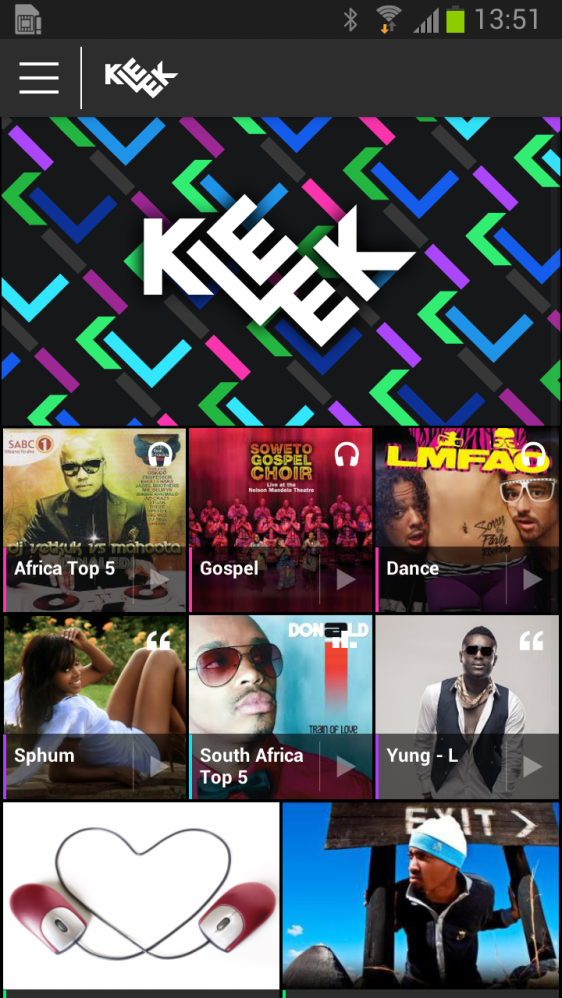 IMImobile is a global mobile data infrastructure and solutions provider to mobile operators, enterprises and media companies with over 650 employees and a presence across Asia, Europe, America and the Middle East.

The IMImobile product and service portfolio is built on a core modular service platform called the DaVinci Evolved Service Platform hosted in the cloud. On top of the DaVinci platform sits a suite of consumer lifecycle solutions that allow operators and enterprises to drive revenue generation, self-care, customer acquisition, customer retention and audience engagement through the mobile device.