NEW YORK, NY – December 2, 2014: Cemusa and Blue Bite, the Mobile Standard In Out-of-Home, today announced their partnership and plans to add mobile engagement to thousands of outdoor media assets throughout New York City. Launching a first-ever fixed tag NFC/QR/SMS mobile rollout in NYC’s five boroughs, Cemusa will deploy Blue Bite’s mTAG technology into their iconic street furniture. Both static and digital advertising displays located on Cemusa’s bus shelters and newsstands will extend brand campaigns with unique mobile experiences for mobile users. “With the amount of time spent online via mobile now outweighing desktop, it is a logical extension of outdoor media and gives consumers a more compelling way to engage with brands and the physical world around them,” said Mikhail Damiani, CEO and Co-founder of Blue Bite. The deployment of Blue Bite’s proprietary mTAG platform features an all-inclusive approach consisting of mobile technologies such as Near Field Communication (NFC), Quick Response Codes (QR), Short Message Services (SMS), Bluetooth Beacons and cloud-based geofencing and re-targeting to facilitate a variety of brand-to-consumer interactions. According to xAd’s and Telemetrics recent 2014 Path-to-Purchase Study, mobile has now eclipsed desktop as a research tool with consumers spending more time on their mobile devices than ever. In fact, depending on the vertical, mobile devices account for up to 64 percent of time spent online. Cemusa’s street furniture is housed in highly visible and trafficked areas of New York City. While targeting every New Yorker, tourist and commuter, it also captures an audience with dwell time, creating an ideal environment for an effective mobile experience and engagement. “To realize our concept of creating a synergy between Out of Home and Mobile advertising, we developed, along with Blue Bite, this method of bridging the gap between physical locations and digital experiences,” said Nigel Emery, VP of Marketing at CEMUSA. “The specific placement of mTAGs on our structures will give the city as well as advertisers, the ability to interact with consumers.” The platform will allow various forms of content to be delivered based on the inventory’s proximity to specific locations and/or by simply allowing brands to extend their mobile message via OOH and vice versa. With the use of mobile on the rise, consumers are able to retrieve information faster and more efficiently than ever before. With additional logic and user interaction within the ecosystem, the platform can further enhance the mobile experience by delivering content tailored to each individual user. In addition to the advertising campaigns initiated by the out-of-home media, consumers can receive a wide variety of rich content, including transit schedules, local deals and offers, rewards, news and entertainment. About Cemusa (www.cemusany.com/) CEMUSA is a leading International outdoor advertising company operating in more than 170 cities in Europe and in The Americas. Having specialized in integrated street furniture management for 30 years, CEMUSA operates more than 67,000 structures in large cities such as New York, Boston, Madrid, Barcelona, Rio de Janeiro, Brasilia, Lisbon and Bologna. Additionally, CEMUSA is the exclusive operator of Spanish airports both on the Spanish mainland and the Balearic Islands. In 2006, CEMUSA won the largest street furniture contract to-date in New York City. CEMUSA’s capacity for technological and commercial innovation coupled with its high level of commitment to all its clients and the mutual trust fostered among all constituents: municipal authorities, advertisers and the OOH media industry are the basis for CEMUSA’s success. About Blue Bite (www.bluebite.com) Blue Bite is a leading mobile-marketing solutions provider utilizing a targeted, location-based approach to reach captive audiences on their personal mobile devices. Blue Bite has partnered with many of the leading Out-of-Home companies in the U.S. and prides itself on creating an interactive two-way engagement by enabling consumers to connect with digital and traditional media via their mobile phones. For more information, please visit www.bluebite.com and follow the latest updates and developments on Facebook and Twitter. 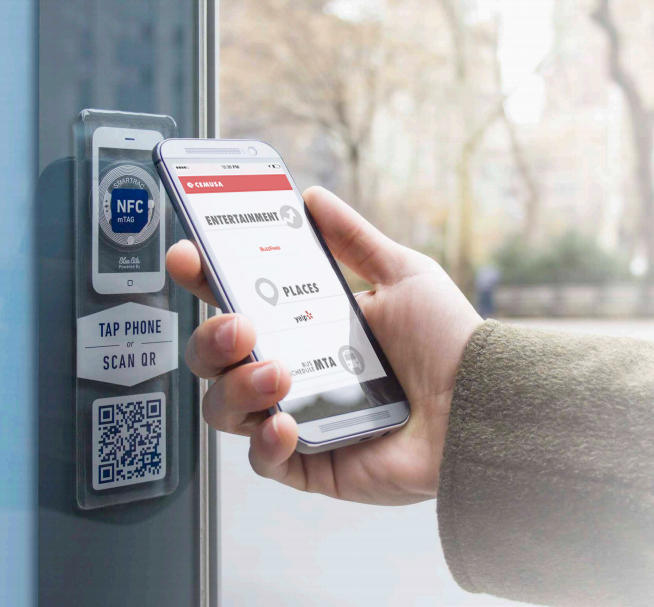