As an app marketing technology company providing pinpoint solutions with in-house technologies, App Samurai has reached a large number of advertisers in 52 countries in just 2 years. In order to address and enrich our customers' needs, we do not only continue to improve our current products but also we are developing brand new ones to join the family with a strong enthusiasm.

To take a step into the future, we have incorporated Gripati into our structure.

Gripati was founded in 2010 as an indie mobile game studio offering mobile games aimed for audiences of all ages. Dolmuş Driver, one of their most successful apps which were published in 2013, has enabled the company to reach more than 4 million downloads on iOS and Android platforms.

Our Co-founder Şeyhmus Ölker, who is also responsible for innovative solutions, explains the acquisition as follows: “Our journey started in 2016 with an attempt to remove all mobile advertisement barriers that motivate us for working closely with app developers due to increasing concerns about ad fraud and ad quality. In this respect, thanks to our collaboration our advertisers will be presented the chance to use our accessibilities for mobile users and we will be able to offer our traffic inventories to our advertisers without any 3rd parties. We are proud and happy that one of the oldest mobile game studios in Turkey, Gripati has joined App Samurai family."

Emre Pehlevan, the founder of Gripati also commented by saying: “We inserted the first token in 2010 and started the development of our game. While we completed many parts successfully, we played some parts again and again. We encountered a large number of level end bosses but never gave up, and continued to play this game. Now, the game has been updated and we are stronger. Gripati has now become a Samurai! We will play against new level end bosses in the next episodes in order to meet the requirements of the ever-changing mobile world.”

After the last investment of €1 million we raised in February, we continue to enlarge our playing field by opening new offices abroad. Together with acquiring Gripati, our 6th office was opened in İzmir, Turkey a long while after San Francisco, Reading, Berlin, Istanbul, and Ankara.

It is very pleasing that Gripati will join our family as a whole and develop amazing mobile games loved by millions worldwide.

And last but not least, we are planning to expand our operations in Europe by opening new offices in Spain and France along with our current offices in England, USA, and Germany. 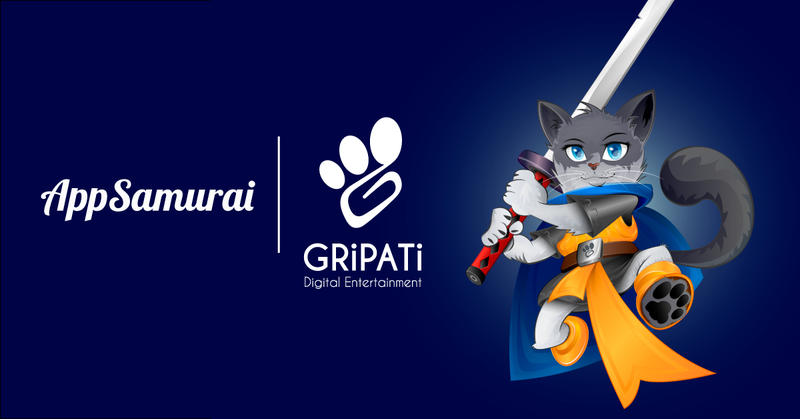