Between March and June, LATCOM and DIRECTV are implementing the "World Cup-Magic" campaign in Argentina, Chile, Peru and Uruguay. The goal is to increase of prepaid and postpaid activations, and the advertise their rebranding.
In each country, the communication strategy was defined based on the goals of each product. The main purpose is to increase sales through coverage and frequency. The goal for the permanent structures is to generate awareness through the impact and segmentation.
In Argentina, the campaign was present in the AMBA region and the provinces of Córdoba, Mendoza and Tucumán. The permanent campaign consists of a fixed network of large formats, medium formats, LED screens and train stations. Additionally, tactical assets were added on monthly basis.
Chile communicates the post-paid product mainly in the city of Santiago de Chile. To generate impact and segmentation we use a network of digital screens located in the main avenues, large formats in front of the stadiums: Monumental and National, large high-impact formats in front of the Central Station and indoor elements in the Tobalaba metro station. The coverage and frequency are achieved through a network of street furniture strategically located in East and West.
Prepaid is communicated in locations such as: Iquique, La Serena, Concepción and Quilpué, among others.
In Peru, the goal of the prepaid product is to reach region and intercept the public. For this we use a segmentation strategy that generates coverage and frequency. It is composed of non-traditional elements such as: mobile fences, painted walls, banners and poles.
In postpaid, the campaign included a fixed structure with digital screens and large formats to generate impact and help forge awareness adds to the tactical outputs of non-traditional elements. The main communication points are: Lima, Piura, Lambayeque, Trujillo, Junín, Puno and Ucayali, among others.
In Uruguay, only the postpaid product is advertised. Being only one product, the communication strategy took into account the sales channels of each area. In the case of Montevideo, marketing is done through online agents, so a permanent structure of large formats and tactical fleet of buses, mobile fencing and street furniture was proposed. In other cities in the interior of Uruguay, the sales channels are physical agents, so a permanent structure of tactical assets was defined, and, in some places, large formats oriented to the points of sale of the locality.
It should be noted that the strategy implemented was able to reach all the points of interest of DIRECTV. 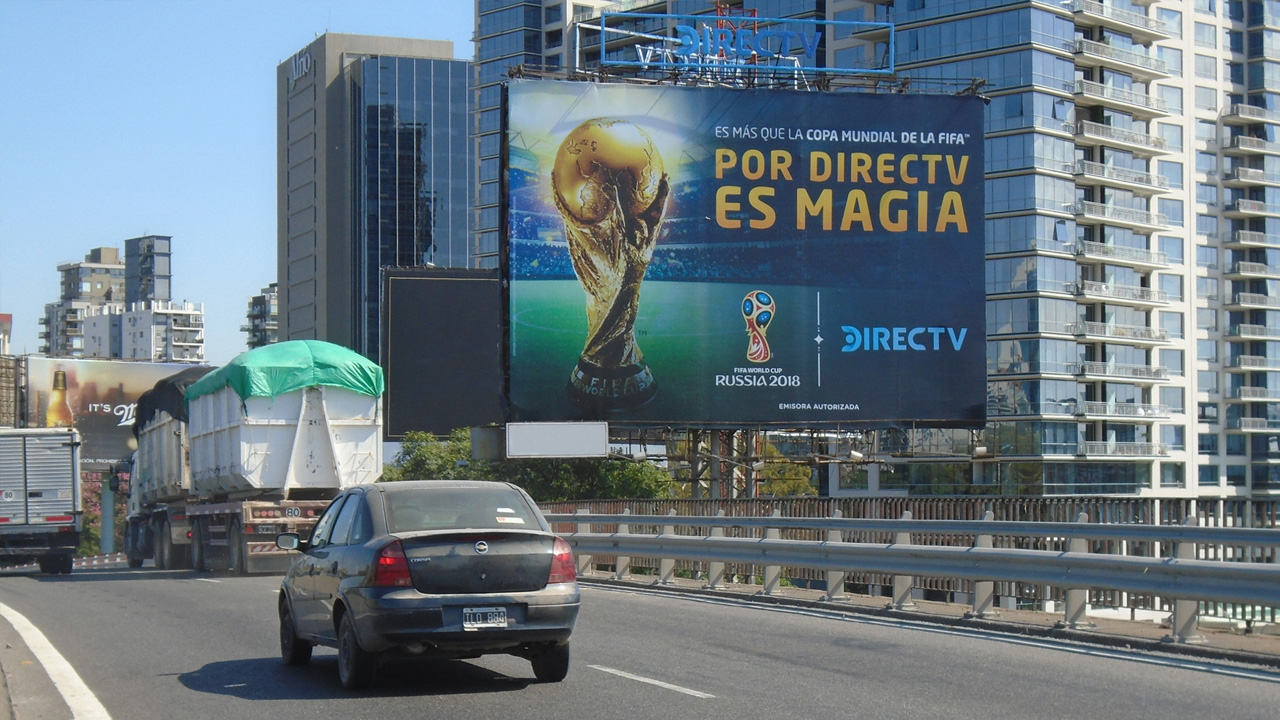 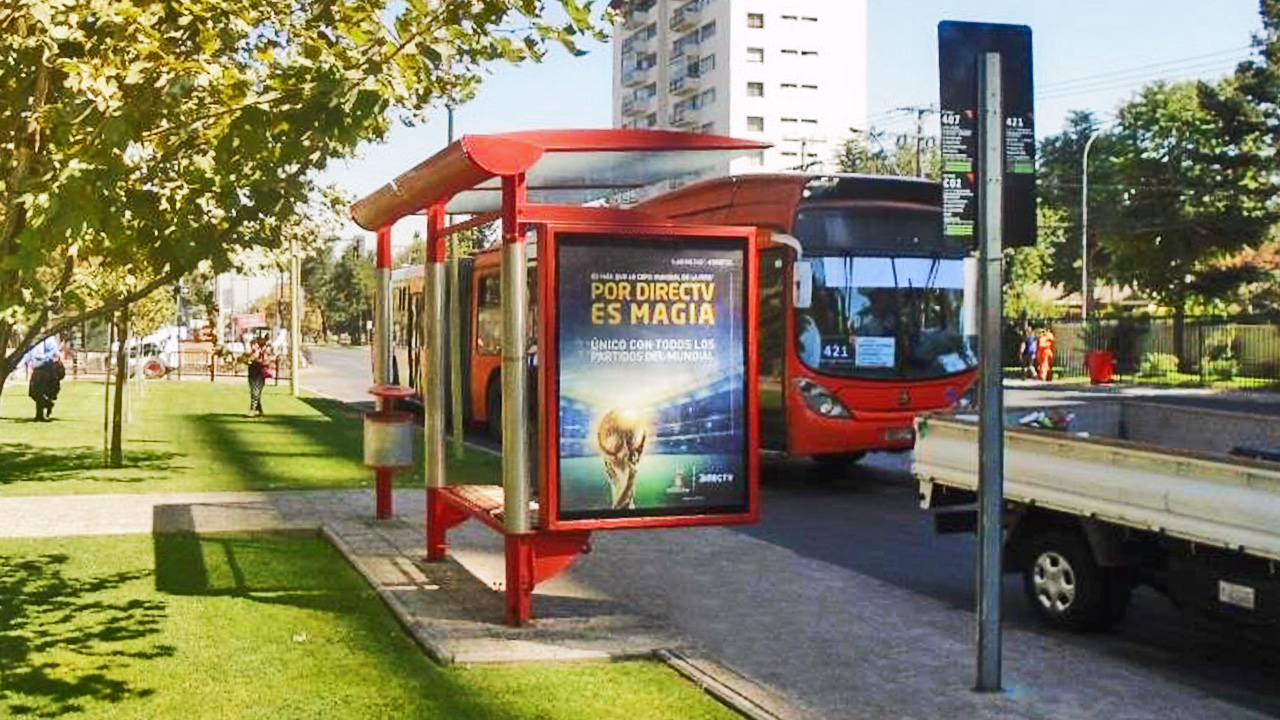 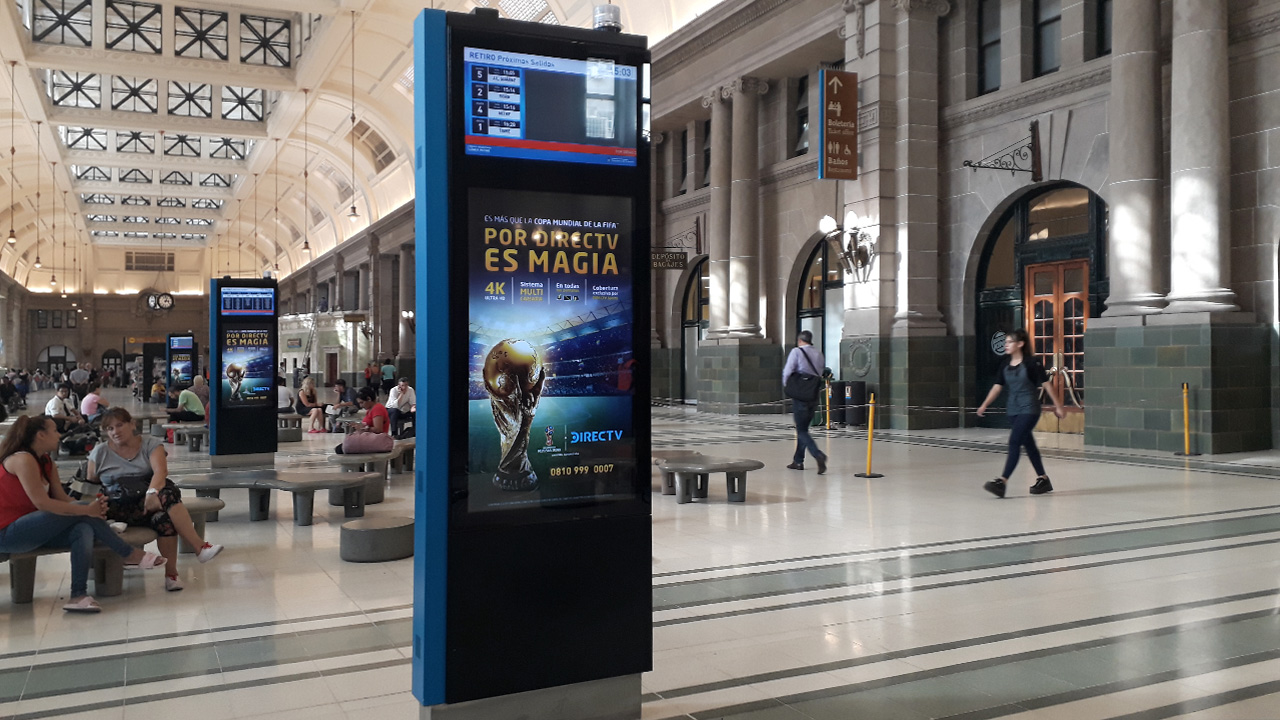