The sale of Apple Airpods alone generated a revenue of over 23 Billion Dollars - that’s more than Twitter & Spotify's revenue combined, and hearables as a category in India grew at over 400% YoY according to IDC.

The proliferation of smartphones and affordable data plans have supercharged our media consumption, and audio formats, be it music, spoken word, or books are becoming increasingly popular. And yet, innovations in audio are rare to come by. But, they don’t have to be.

As marketers, we are no strangers to crafting audio first messaging. In fact, video is the newer kid on the block in comparison to audio. Believe it or not, the first-ever TV commercial aired was in the US and it was a ten-second static image for Bulova watches. Back then, marketers were new to video and relied more on audio to get their message across!

So, what exactly is an audio first strategy? And how does one design effective marketing messages for the audio medium?

In the simplest of terms, if communication is conceptualized and crafted natively for audio as opposed to being repurposed from an existing video or text - it qualifies as AudioFirst. Crafting an audio native message such as a jingle or podcast or spoken word doesn’t have to be rocket science if you were to adhere to the following first principles.

Audio is the theatre of the mind, so we must begin with a choice of words and music that paints a picture in listeners minds, and augment this with appropriate foley sounds and effects. Just imagine hearing each one of these sounds, right now, one at a time - chirping crickets, trickling water, wailing sirens, a creaky door…even with your eyes closed, your mind can traverse places in seconds.

Secondly, do not assume that the audience won't engage with longer-form content. The wildly popular quote about human memory being less than that of a goldfish’s memory is questionable at best. If the content has been designed thoughtfully then you don’t have to rely on ultra-short formats alone. For don’t we all make time for binging an entire season on OTT? We don’t have an attention deficit, rather audiences have a consideration deficit given that we have an overwhelming choice of content to consume in the time that we do have.

When it comes to audio, the people who appreciate it and choose it, are driven by their sheer love for the medium, so if you are a marketer creating audio content for engaged audiences, then avoid the temptation of retrofitting messages and strategies created for a different medium. What works for short-form video content may not work for audio.

Also, audio is an intimate medium, so a good practice would be to imagine you are addressing a single person when creating a piece of audio communication, unless you are producing a politician’s address or crafting a public announcement broadcast, audio is largely for personal 1-1 consumption.

Audio takes great teamwork & modest budgets to make, this may sound obvious, but in my experience, audio content production is usually not given the importance it deserves and is an afterthought. A haircare brand I knew once spent over a Crore for a 20-second TVC featuring a celebrity, however, their campaign radio jingle was made by the FM stations as a freebie for the ad time they bought. Imagine that!

Isolate & dominate, this has no reference to Sun Tzu or his works on war strategy, in audio, the audience are particular about the genres they consume, if you can isolate their needs, and create content that is tailored for them, then you have earned not just their attention, but their loyalty too. At aawaz.com, we have received phone calls from some of our listeners demanding that the next season of their favourite show be aired soon!

The criticism levied against audio is that it is a wallpaper medium and hence needs no active attention, but this is highly contestable. Just recall the time when you heard stories by your parents or granny, she had no props, no animations, but you were immersed and invigorated in her simple words and voice. That kind of magic can be amplified for your brand, only if you listen closely. 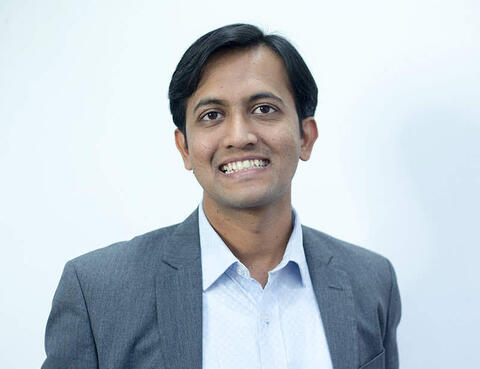