How to power up for the new era of gaming

2020 was a banner year for the gaming industry. Animal Crossing Islands became the most popular vacation destination and the famous Cyberpunk 2077 finally went live. Even more exciting, not one, not two, but three highly anticipated devices were released: Nintendo Switch, Sony PS5 and Xbox X. The PS5 launched in mid-November and, in its first two weeks, became the biggest console release in history! And Xbox X has already sold more units than any other Microsoft console ever. With this future-proof tech, the current game production process has envisioned new trends, with dozens of premium games getting a move on announcing their releases of next-gen consoles.

It has become apparent this past year that the gaming world is infinite, as are the opportunities it promises to everyone engaged. It’s exciting to watch the whole gaming industry transform, with 3.1 billion gamers across the globe, almost $175 billion in revenues, and boosted momentum.

However, to keep gamers engaged, immersed in and driven by the virtual worlds, the focus of the notorious “clash of consoles'' has shifted to ensuring compatibility and cross-platform play, which is becoming an essential part of how we perceive gaming. If Travis Scott’s Astronomical concert in Fortnite showed us anything, it’s that the future is cross-entertainment, and that the hotly debated ‘metaverse’ hints at its potential in more tangible ways. This presupposes new business models that allow game studios to monetize consumers across platforms, channels and fandoms, and draw synergies between them.

That is why more and more advertisers are joining the gaming trend, tapping into the worlds of video games and esports to reach a vast array of audiences. Non-endemic brands are forming successful collaborations with game influencers and organizing campaigns both in and out of video games, allocating sufficient sums to gain brand affinity among gamers. From Red Bull sponsoring the virtual F1 Spanish Grand Prix, to Gucci and Tennis Club outfit merchandise, and Riot Games allowing the first Mastercard in-game ad in its League of Legends -- the creative potential of gaming seems limitless. While gaming is here to stay, can you guess where it’s heading? What’s in it for studios and brands? How to take advantage of opportunities in a timely manner? 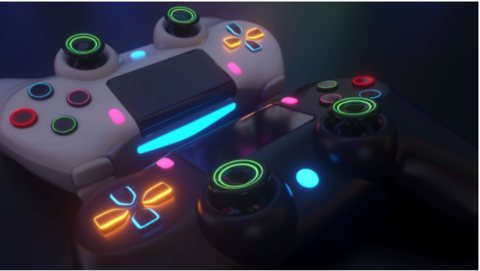