Governance and Transparency from the Ground Up

It's fair to say that in today's world of consumer data usage in MarTech, it's the exception rather than the rule to see a data provider embrace transparency during an audit and invest noticeably in internal governance -- especially smaller, privately held entities that don't have SEC or financial reporting requirements placed on them by the nature of a public listing. The unfortunate reality is that maximizing data sales often takes precedence over building transparency and governance controls from the ground up.

This may very well be because data buyers in the market tend not to overtly reward data providers for the qualities of transparency and governance -- marketers do need to focus on scale and accuracy to drive their campaign goals, and it is much harder to quantify governance or confirm transparency.

0ptimus stood out from the inception of their Neutronian audit for the team's willingness to fully share data sources, disclose in-depth details about their modeling methodology, and highlight the governance and data quality controls built into their data processing and storage practices. This same level of thoughtfulness and transparency was also demonstrated when they provided a deep-dive into the internal predictive analytics engine their data scientists use to produce custom audience segments.

Highlighting that culture of transparency included bringing in a core group of the data science team directly into audit reviews, so that employees could see the executive leaders answering questions, and openly discussing how client deliverables are handled -- ie, "We'll certainly tell a client if a model’s performance isn't where we want it to be and continue to iterate until we’ve achieved maximum performance optimization, whatever the final result is."

Scott Tranter, the CEO/founder, and his data science team were also proud to show Neutronian directly how the data modeling was performed and various data controls and governance mechanisms built into their platform. Given the background that Tom DiGrazia, Neutronian's CTO, has in cloud data storage and processes from his time at Amazon Web Services and eBay, we were quick to dig in and recognize that 0ptimus had certain items and controls in place that would be typical of methodologies at larger, publicly traded entities.

Given that governance, quality, and customer results are a never-ending process and journey for any company, President of 0ptimus Katie Casavant has also been quick to embrace the concept of Neutronian's continuous monitoring of data samples. Rather than worry about being overly transparent, the idea of a trusted auditor and partner continuously helping to improve internal analytics even before clients might see an issue is recognized as a clear win-win goal.

While there are always ways to evolve and enhance data practices further, 0ptimus clients can feel comfortable that they are working with a firm that embraces transparency and continuously innovates not only data performance but also internal controls and governance. From Neutronian’s perspective, this is something worth highlighting given the lack of clarity and transparency in our industry today. 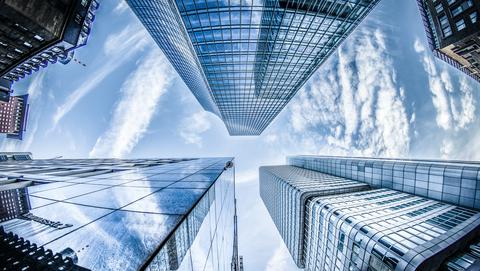