5 Ways Publishers Can Use Location Data

Note: This article, authored by Antonio Tomarchio, Cuebiq CEO & Founder, was published on Adotas in November 2016. Most publishers understand the promise of location data, yet many have struggled with the question of how to apply and monetize such data in their own businesses. The confusion is so pronounced that the IAB released guidelines earlier this year for buying and selling location data. The IAB’s reasoning was location-targeted mobile ad spending was projected to grow from $8.4 billion to $11.3 billion in 2016. Publishers realized the data had value, but didn’t know what to do with it. That report helped, but the market is very much a moving target. As some technologies improve, new applications for such data come to the fore. As of right now though, here are the five best applications for location data for publishers: 1. Learn more about your user’s passions. Nothing tells you more about a consumer than where they choose to spend their time. For instance, if a consumer tends to visit a movie theater every week, that’s a better indicator of her propensity to buy movie tickets than the 90 minutes a week she spends reading about movies and watching trailers. This is one reason why location data can boost eCPMs by around 20%-30%, according to the IAB. 2. Improve your own product. Consumers’ movements can also help improve your app. For instance, what if your New York Times app noticed that you were visiting the Hudson Valley and suggested some recent stories about things to do there? Similarly, a game developer might note that many people play outdoors during the day and take steps to make it more visible in such lighting. Previously, publishers needed to conduct surveys to get such data. Now they can get it in real time and in a way that can’t be faked. 3. Offer coupons and deals. Rather than typical advertising, a publisher can use location data to let advertisers offer on-the-spot offers and coupons. A recent study found that 51% of consumers polled in a recent study said they would use such location-based coupons. Millennials are especially active mobile coupon users. A 2015 eMarketer study found 45% used such discounts and 63% searched for mobile coupons in Q3 2015. 4. Offer fewer ads. That’s right. This may sound a bit counter-intuitive, but it’s no secret that consumers have been gravitating towards ad blockers, even on mobile. While ad blockers for apps aren’t hitting yet, publishers can address this ad intolerance by offering fewer ads, but ads with better targeting and more relevance that demand higher CPMs. 5. Provide offline measurement. Forget about engagement, what marketers really want to know is whether an ad drove a sale. Thanks to triangulation between the user’s location and credit card data, we can tell if an ad actually worked. This is a big deal since some 94% of purchases still occur offline, according to eMarketer. The industry has been discussing location-based targeting for years. However, mobile advertising in general is still an unexploited opportunity. As Kleiner Perkins Caufield Byers Analyst Mary Meeker noted in her 2016 Internet Trends Report, consumers spend 25% of their media time on mobile, but mobile only receives about 12% of overall spending. Meeker called this a $22 billion opportunity. Part of the reason for that gap is that marketers are still figuring out mobile advertising. Now that location-based data has improved and its applications are expanding, savvy publishers are realizing that such data shouldn’t just be a sideline business, it should be front and center. 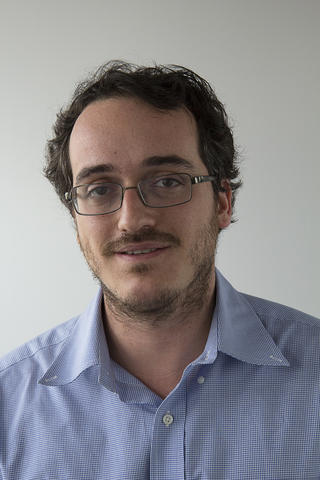