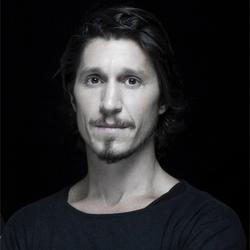 Previously, he was regional CCO at Saatchi in Europe for two years, and ECD at Del Campo Saatchi&Saatchi in Buenos Aires from 2007 until 2014.
He started his career at Lowe Buenos Aires and spent some time working in BMPDDB London, and BBDO and Publicis in Spain.

Itzkoff has won every major award in the industry, including 37 Grand Prix.
Some of his most successful campaigns include; Cannes Lions Grand-Prix “Teletransporter” for InBev, “Almost Identical” for Mondelez’s Beldent Gum, “Dads in Briefs” for BGH – ranked within the 20 best spots of the 21st century (Gunn Report) –“Giving birth live” for Pampers and the repositioning of Sprite globally with the campaign #iloveyouhater.

He has judged in Cannes, LIA, Clio, Effie, NYF, and was president of the jury at D&AD.