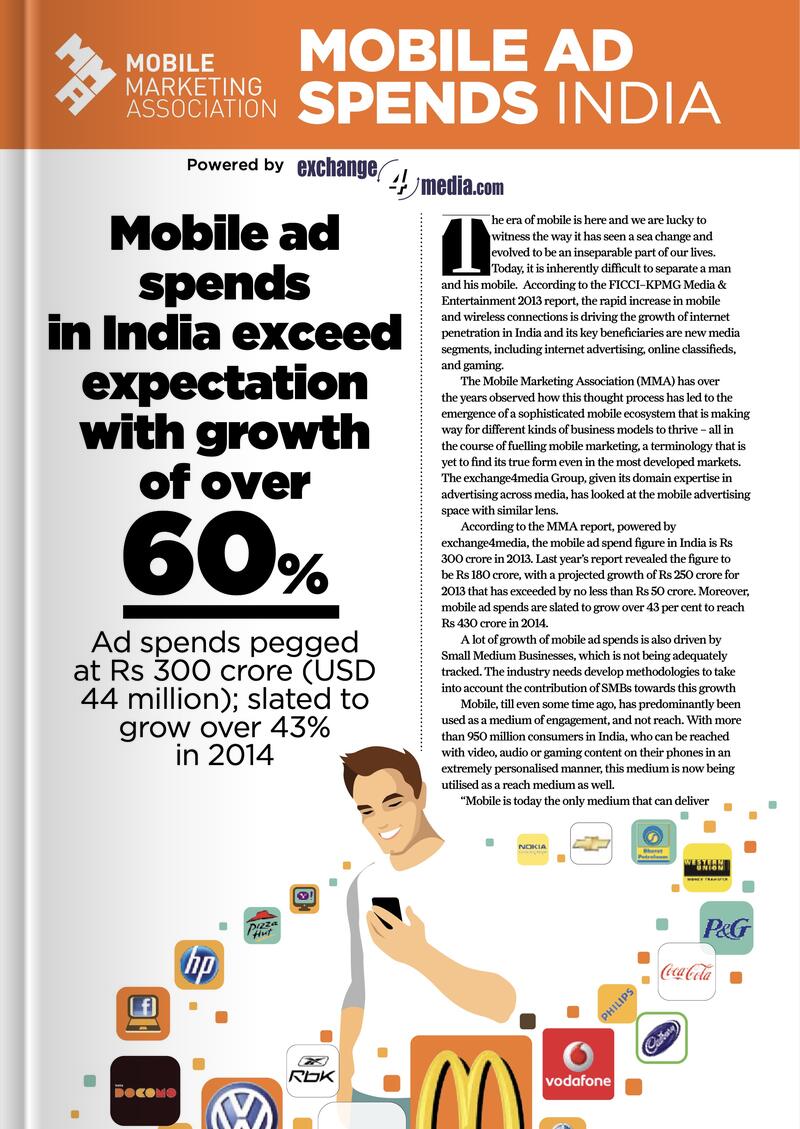 The era of mobile is here and we are lucky to witness the way it has seen a sea change and evolved to be an inseparable part of our lives. Today, it is inherently difficult to separate a man and his mobile. According to the FICCI–KPMG Media & Entertainment 2013 report, the rapid increase in mobile and wireless connections is driving the growth of internet penetration in India and its key beneficiaries are new media segments, including internet advertising, online classifieds, and gaming.

The Mobile Marketing Association (MMA) has over the years observed how this thought process has led to the emergence of a sophisticated mobile ecosystem that is making way for different kinds of business models to thrive – all in the course of fuelling mobile marketing, a terminology that is yet to find its true form even in the most developed markets. The exchange4media Group, given its domain expertise in advertising across media, has looked at the mobile advertising space with similar lens.

According to the MMA report, powered by exchange4media, the mobile ad spend figure in India is Rs 300 crore in 2013. Last year’s report revealed the figure to be Rs 180 crore, with a projected growth of Rs 250 crore for 2013 that has exceeded by no less than Rs 50 crore. Moreover, mobile ad spends are slated to grow over 43 per cent to reach Rs 430 crore in 2014.

A lot of growth of mobile ad spends is also driven by Small Medium Businesses, which is not being adequately tracked. The industry needs develop methodologies to take into account the contribution of SMBs towards this growth Mobile, till even some time ago, has predominantly been used as a medium of engagement, and not reach. With more than 950 million consumers in India, who can be reached with video, audio or gaming content on their phones in an extremely personalised manner, this medium is now being utilised as a reach medium as well.