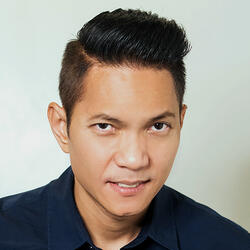 Paruj began his career in advertising as a copywriter at a small agency in Bangkok. But after ten months, he realized that his passion was in art directing rather than writing. So, he went to the USA for his degree in graphic design. He then worked at a local ad agency in Georgia before moving to Boston and worked at a design firm there.

He finally came home in Bangkok and started the second phase of his career as an art director at D'Arcy (DMB&B). He then became a creative director at Lowe, Bangkok before he joined Ogilvy & Mather, Bangkok. Then he became an Executive Creative Director / Executive Committee at the Leo Burnett Group, Thailand. He is now a Managing Director of Digitas Thailand, a newest member of Publicis Groupe.

When he is off work, he dedicates all his time to his only son, Platin, and his beloved football club, FC Bayern München.