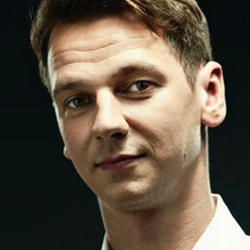 Mike Donaghey
Creative Director
R/GA
Mike Donaghey is a Creative Director at R/GA New York, who is originally from Toronto, and has also lived and worked in London. His work has received gold awards in every major advertising show, as well as an Emmy nomination, a Cannes Grand Prix, an induction into the MoMA’s permanent collection, and has been featured in the book “Hey Whipple, Squeeze This”.​