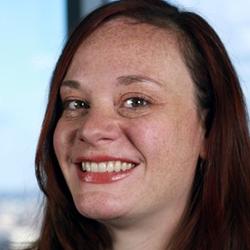 Melissa is currently the VP Group Director on the Emirates Airline and Choice Hotels accounts at Havas Media, a leading global communications and marketing group.

Havas took Emirates on within the last year and the team started strong, launching the Boston and Chicago routes with large local market bonanzas, promoting the A380 launch in Dallas, San Francisco, and Houston, as well as launching three major national initiatives to promote Dubai as a destination, Emirates’ global network of 140 destinations, and all the little extras travelers receive when flying the airline.  One of the year’s highlights was a partnership with Microsoft at the Cannes Lions International Festival where Emirates was featured as part of an innovative pilot program that focused on the importance of multi-screen for both consumers and advertisers.

Over the past few years, Melissa’s also lead the Choice team to win numerous awards for their successful efforts in the travel marketing space including an Internationalist Gold and ARF David Oglivy Silver for the Choice Summer Road Trip Yelp program, a HSMAI (Hospitality Sales & Marketing Association International) Gold for the Scripps Smart Travel for Less program, a Boston AdClub Award for the Diversity Targeted Comfort Inn program, and a MITX What’s Next Awards nomination for the Promotional Direct Response program.

Throughout her career, Melissa has worked with other major travel accounts, helping to drive heads in beds and bodies in seats, for clients like Hyatt Hotels and Marriott International.  Prior to joining Havas, Melissa spent 13 years in digital media at Digitas, Carat, and Allen & Gerritsen working on a variety of brands including Showtime, IBM, Stonyfield Farms, Wachovia Bank, Neiman Marcus, Johnson & Johnson, Gillette, American Express, and Federal Express.

She was the recipient of the AdClub's 2009 Media All-Star award and is also very active in the local and national media communities, having served as a member of the Boston Interactive Media Association's Executive Committee, sitting on committees for the Boston AdClub, and serving as a judge for the MITX and Effie awards.