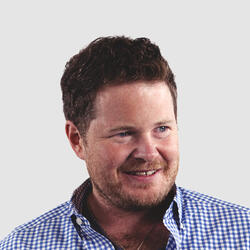 The best thing that ever happened to Lyle’s advertising career was not getting hired as an account person at BBDO. He would have sucked at that. Instead, he became a writer. After getting his master’s at the VCU Brandcenter, Lyle moved out west and started his career at BSSP, where he worked on MINI, Chipotle, and El Pollo Loco, created the Priceline Negotiator, and made award-winning spots for Google, among others. His work has been recognized by the One Show, Cannes Lions, Art Directors Club, Communication Arts, and the Effies. At McKinney, he is a group creative director overseeing ESPN and Little Caesars. After 19 years in the business, he could probably hack it as an account person now. No he couldn’t. That’s a lie.